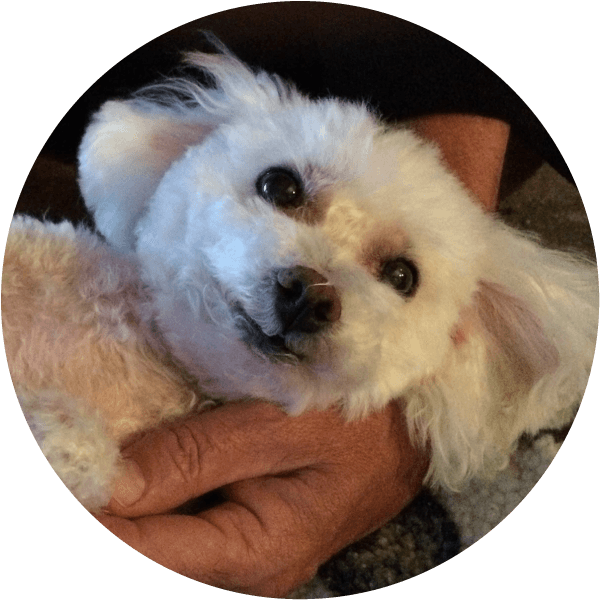 Our Happy Tail Tuesday is brought to you by Tally (formerly known as Sally) who was adopted three years ago. Tally’s former family got a new puppy and then decided that it was too much for them to have two dogs. So, they took her to the vet and were going to have her euthanized. Fortunately, the vet refused to euthanize Tally – because there was nothing wrong with her! She was surrendered to the vet and then went to Twin Cities Pet Rescue. It looks like Tally’s new life is pretty fantastic and relaxed!

Here’s what her family has to say about this little cutie:

“Tally (Sally), who came to us three years ago at age 8, loves massages as you can see by the photo. She also loves to listen often to her favorite Llewellyn relaxation sound track. We love to spoil her and have become the ultimate “dog people.” We never saw this coming three years ago when we adopted our sweet girl , but now, can’t imagine life without her. Just look at that face!”

It looks like this little Tally could not have a better life! Thank you to her family for giving her the second chance she deserved! We’d love to hear how your pet is doing. Submit your Happy Tail.