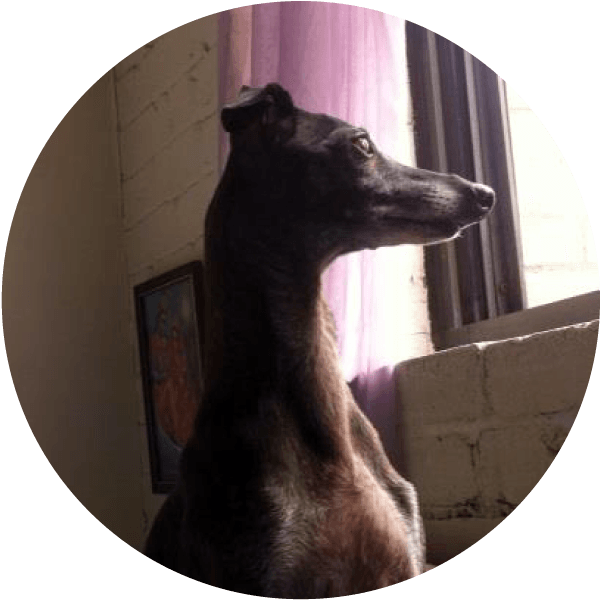 This week’s happy tail is brought to you by Steve!

Steve was adopted from TCPR back in May of 2010. This is what his mom has to say about him: “Although he is still a shy boy around most people, Steve has really come a long way. When I first adopted him, I had to hand feed him to get him to eat, but now he finishes his whole breakfast and dinner in under a minute! And it shows… Steve is tipping the scales at 13 lbs! The vet says he’s in great health. Unfortunately, we learned the hard way how easily IG’s break bones–within the first year, Steve broke both of his front legs & had to have 2 surgeries. It was a hard experience, but he’s since recovered very nicely, and is stronger than ever with the implanted metal pins in his legs.

Some of Steve’s favorite things are: running around like a maniac with squeaky toys, partying with all the other dogs–especially the other IG’s–at downtown dogs (doggy daycare), snuggling with his best friend, Spider the cat, sleeping under as many covers and blankets as possible, basking in the sun, eating bacon, and following me absolutely everywhere I go around the house.

We just moved from my downtown loft into a house with my boyfriend, so Steve has acquired 2 new friends–a cat named Steve and a pit bull named Frank. Frank has shared one of his favorite pastimes, which is chewing up leftover beer boxes, so Steve’s newest hobby is sharing those slimy pieces with Frank. (They will sit on the couch and tear up these boxes together, its ridiculous.)

We’re still working on warming up to other people, but I’m so proud of him! He’s also looking quite distinguished these days, with salt and pepper markings coming in on his face. He is such a sweet and handsome boy. He has truly filled my life with happiness and love, and I can’t imagine living without him.”

We love hearing your Happy Tails! Submit a Happy Tail.