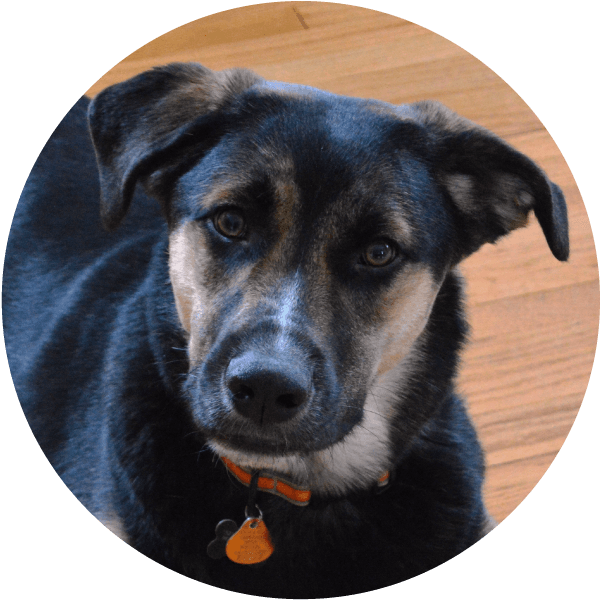 Koa is a shepherd mix that was adopted in the Summer of 2014 when she was a puppy. Koa is one of 9 puppies that was born to Star, who was rescued when she was very pregnant in May. This is what her family has to say:

“Koa was the first born of Star’s puppies and one of the last to be adopted – we think he was just waiting for us! From the day we welcomed Koa home, he fit right in. He and his sister Ruby (a 9-year old lab/collie) are like two peas in a pod. Koa will become a running partner once Ruby retires and until he’s fully grown he’s been busy learning the ropes. He’s excelled at obedience school making it to level 4 and taking his Canine Good Citizen test (hoping the 2nd time is the charm – he missed just one exercise!). Koa’s favorite activities at the moment are chasing shadows and watching TV – we’re hoping that’s just to pass the time until he’s ready to run! Thank you TCPR for all you do to rescue and rehome animals – and a special thank you to Sue, Koa’s foster Mom who took in a pregnant Star and raised all those puppies – we are so grateful to you all!” We would love to share your Happy Tail! Submit a Happy Tail.