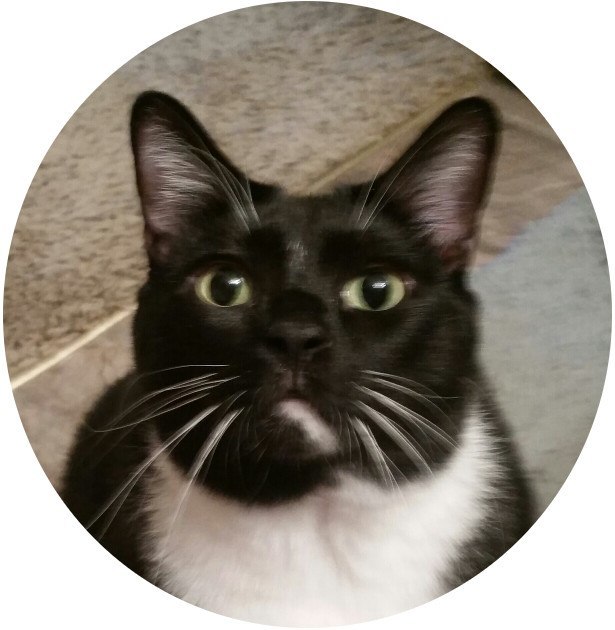 Today’s Happy Tail Tuesday is brought to you by: Murray (formerly Muff)!

Murray is a now 2.5 year old domestic short hair. He was adopted in April 2013 when he was almost one year old. He had been rescued from Minneapolis Animal Care and Control when he was just a few weeks old with his two brothers. He waited a long time for his furever home, but it was well worth the wait. Here is what Murray’s family has to say about him now:

“We adopted Muff, now Murray, in April 2013 (11 months old)after our previous awesome kitten Estelle crossed the rainbow. Estelle was my me and my husband’s first animal together. We only had her for 2 months. She had a rare disease that eventually took her short life and took our hearts with her. My husband couldn’t stand coming home to an empty house, so went on a search for a new “baby” . We found Murray at TCPR. My husband instantly  bonded and wanted to take him home. I was still stuck on Estelle, but said okay. For the first week Murray was very scared, hid under the couch and only came out when we went to bed. He meowed a lot of the night so I felt bad we took him from his foster that he grew up in for the past year. He and my husband got very close over the first month but he still meowed during th night. I had a solution, get home a brother! We did! We adopted him a brother, Armon, 6 weeks after we got Mirray and life around this house couldn’t be any better. Incase you can’t tell by the pictures he’s become very relaxed! Thanks TCPR for all you do! (P.S. I’ve tried several times to convince my husband  we need one more, but I haven’t quite got there.)”

Thank you to Murray’s family for giving him a wonderful home!