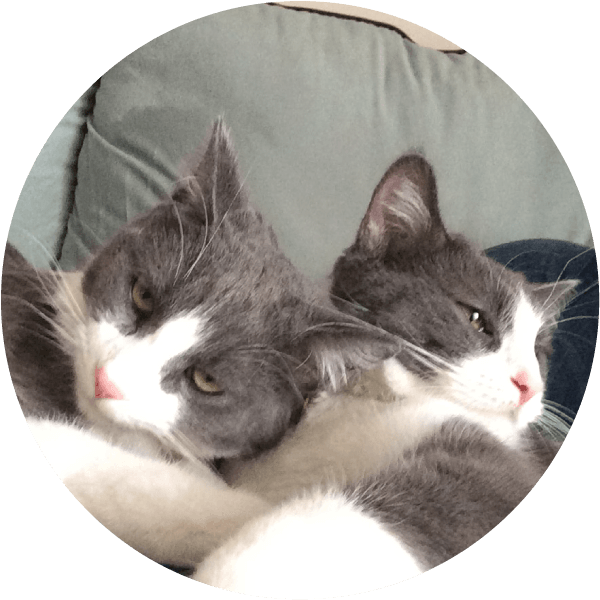 It’s #HappyTailTuesday and that means we have a fun update from the family of one (or in this case two) of our adopted pets! Today we hear from Biscuit and Roux (FKA Luke and Lulu).

“Luke and Lulu (now known as Biscuit and Roux) were described by their foster as perfect cats – after living with them for a few months, it’s completely true! Originally I was only looking for one cat, but after meeting them both, I knew I couldn’t split up the matching set.

They’ve both settled in to their new home wonderfully. The boy, Biscuit, is a big cuddler and whenever I’m sitting on the couch, will often get a face full of fur because he wants to be close! The girl, Roux, is more independent but loves getting her fur brushed. Pull out that brush and she comes running.

Perhaps Biscuit and Roux’s most favorite thing in the world is the laser pointer. Every night I give them a run around as they try to chase that red dot. Once they hear me pick up the pointer, they immediately go into play mode. Both cats are very gentle and curious of new visitors – I often hear how they’re the coolest cats people have ever met!”

Thank you to Biscuit and Roux’s family for adopting them together and giving us this wonderful update! Did you adopt a pet (or pets) from TCPR? Share how they’re doing.